After a long lack of business trips, I spent most the week in Nashville at a conference.  It’s rather ironic that the conference was in Nashville–only a 2 hour drive from home.  Because I was there to present at a “pre-conference” session, I had to arrive on Sunday.  Fortunately, I wasn’t the only one.

A group of us congregated in the center of the Opryland Resort, trying to decide where to have dinner.  Since the probability of leaving the resort decreased with each day we were in Nashville, we decided to go off-prem for dinner since it was likely to be our only chance. 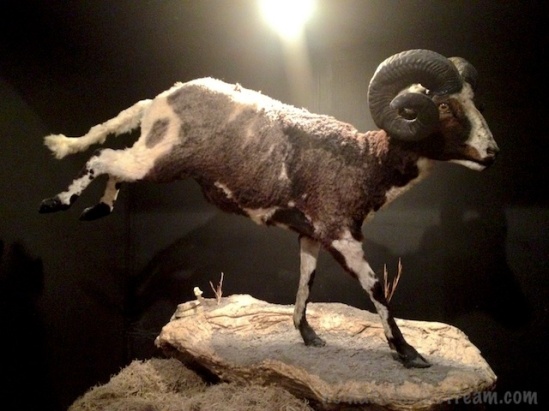 This guy gives the place a little kick

However, we ended up taking the hotel shuttle across the street to a place called Caney Fork.  Personally, I would have gladly driven downtown just to get a chance to get away from the resort that night, but I guess across the street was far enough for the rest of the group. 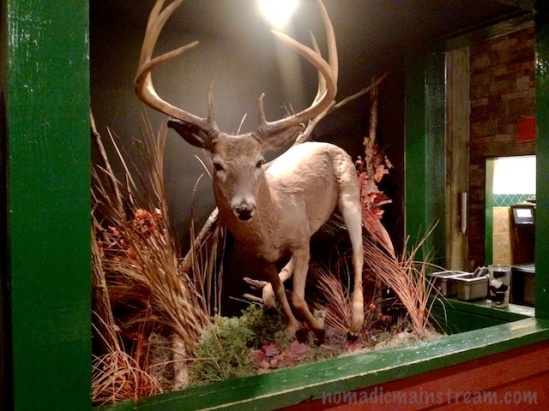 A white-tail deer stares down diners

I’m not fond of being reminded of the life I’m participating in taking when I eat a piece of meat.  I know this is hypocritical of me.  I have a great respect for responsible and talented hunters who take care to kill as quickly and painlessly as possible and who eat what they kill.  I just don’t want to be the one holding the gun. 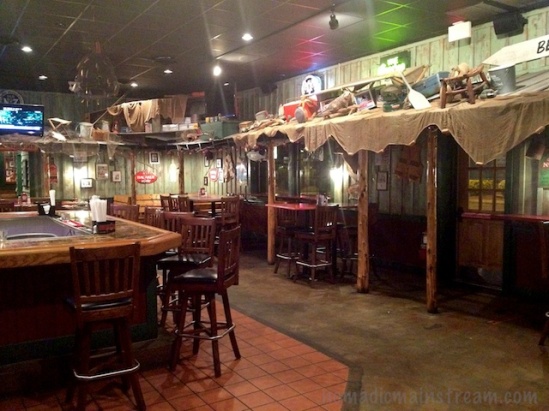 The bar has a nautical theme

I was a vegetarian for 10 years, but I guess that doesn’t give me a free pass from facing that the meat I eat comes from a living creature.  None-the-less, despite the hypocrisy, I do not want to face my dinner staring down at me from the wall while I eat.  I had a hard time swallowing the Elk burger I ordered as the glass eyes in the elk head on the wall glared at me.

The other thing I found a bit odd was how many of the animals displayed in the restaurant cannot be found in the wild in Tennessee.  Elk were recently reintroduced in Great Smoky National Park, but other than that herd, there hasn’t been an Elk in this part of the country since 1700.  That didn’t keep them from appearing in the Caney Fork restaurant next to wolves, moose, and a variety of other critters I’m pretty sure can only be found with any predictability out West.

I’m always suspicious of a restaurant whose interests seem to cross over into taxidermy.    But, the burger was pretty good, as were the fries.  No one seemed disappointed with their meal and I came home with some pretty interesting iPhone images.  While it would have been nice to make it downtown, Caney Fork was an adventure all its own.

Waiting for the shuttle back to the hotel