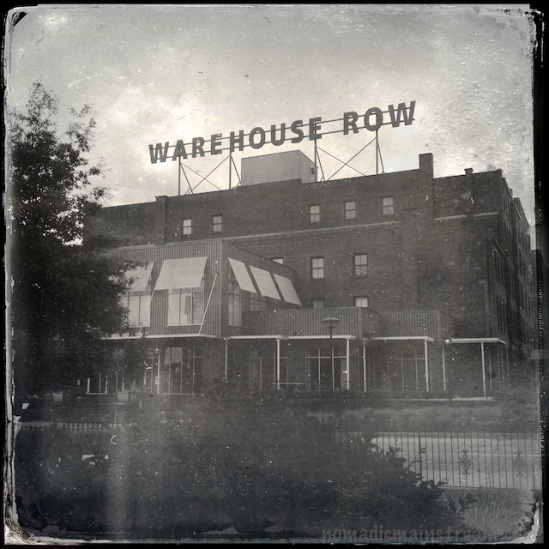 Warehouse Row is one of those really cool concepts that, as a fan of a given city, you really want to see succeed.  They took a bunch of warehouses (which apparently grew out of a military fort some time in the past) and turned them into a collection of shops and restaurants inside the original architecture.

This area was originally reinvented in the 1980’s and renovated again in 2006.  I really hope it takes off, but people are fickle.  People flock to anything new and cool.  But, new and cool wears off quickly and it’s hard to keep reinventing oneself fast enough to keep pace if “new and cool” is all you have to offer. 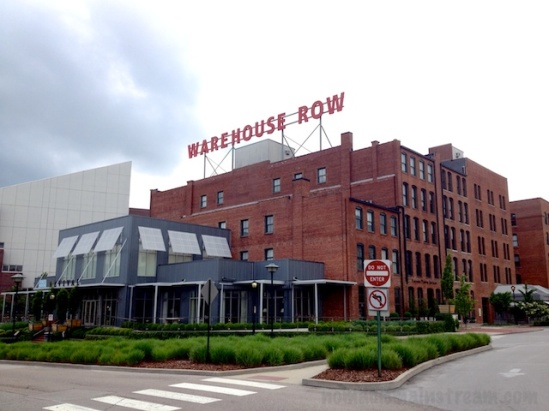 A brighter, more modern look at the Public House side of Warehouse Row

There are some other things going on in the area that may help Warehouse Row gain some more momentum in lieu of another facelift.  First of all, the city’s South side is starting to become a residential area.  It’s re-development from a manufacturing area to a mixed-use residential area was slowed (like all development) by the economic crisis, but as we continue to recover, more and more of the neighborhood transitions to a desirable place to live.  This combined with the growing number of shops and restaurants in other historical buildings just a couple of blocks from Warehouse Row should help keep a steady stream of customers in the vicinity. 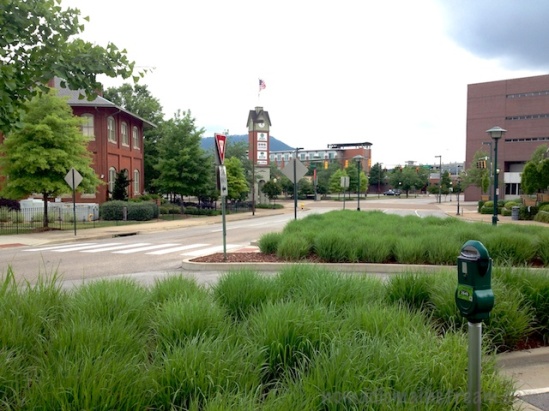 Restaurants like Public House bring people in the doors. It’s an extremely popular place that people have told us about on more than one occasion.  When we decided to give it a try for the first time last weekend, we went early enough to check out a couple of shops as well. 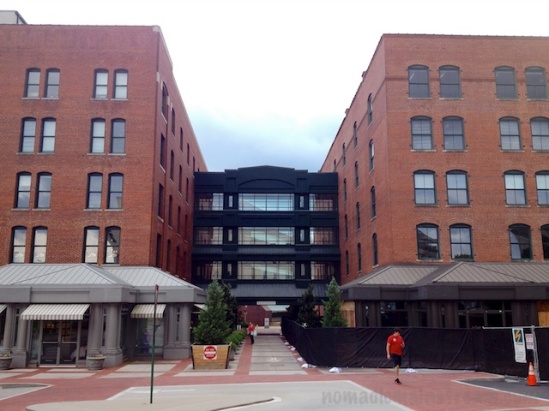 The pedestrian walkway connecting two of the warehouses

The home decor shop we stopped in was extremely high end.  I spotted a floor lamp I liked, but it was $850.  Not what I was expecting to spend on a floor lamp.  They did have some nice things, however.  Although many of their items were oversized for our tiny condo.  It made me wonder if perhaps the reason the shops are not crowded with patrons is because of the price range they’re targeting.  That said, we didn’t make it in the doors of any other shops before getting so hungry we had to go get food.  The shops were all closed by the time we left, which was only 5PM on a Saturday.  I wondered a second time if the hours of the shops would be a limiting factor to their success.  Of course, I have no idea how successful they are or aren’t with their current price range and hours. 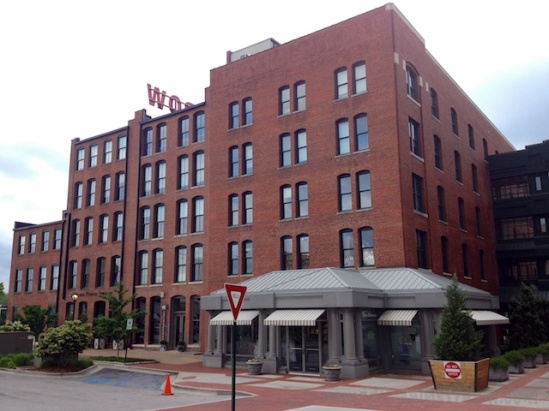 The entrance to the warehouse at the Public House end

When we left, we had the dogs in the car so we took them for a little stroll before heading home.  This gave me the opportunity to take some photos of the area with my iPhone.  As I was shooting, it struck me that if I were looking at photos of this neighborhood, I would not guess it was in Chattanooga, Tennessee. 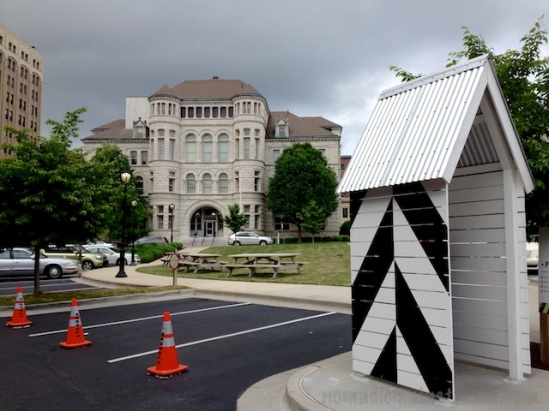 From the parking lot at Warehouse Row