Here’s a tip about Point Park on Lookout Mountain:  there’s a parking lot with free parking behind the shrubs across the street from the park entrance.  It took us two trips up there before we figured out that really was free parking.  Even on Memorial Day weekend, there was still an empty space.  Most people are so busy figuring out where they can park at the meters on the same side of the street as the park that they fail to notice the entrance to the free parking on the left (us included).  We’ve been up there at times when the pay parking spaces were completely full while there was only one car in the free parking lot.

A second tip is that if you are local and go there often, a park pass is only $20 and it allows you take up to 5 guests with you each time you go.  I trip with 6 adults is $18, so it doesn’t take long to pay for itself.

Perhaps the view is best enjoyed without a yawning holstein?

A third tip is that if you’d rather not pay to get into Point Park, you could hike there from Cravens House and come in the back way.  You might have to go back the same way, but the round trip can be as short as 2 miles depending on which trail you take.

I needed a tripod to get this straight, but I managed to get a shot with the sun behind me at least

The final tip is that if you like to take photos, go early.  This is a tip I have yet to take.  We scheduled a trip up to Point Park to get there shortly before sunset our first time out to the point.  When we arrived, more and more park rangers kept arriving and running past us.  Then, an ambulance arrived and they took a stretcher down the main path out to the point.  They returned with a man on the gurney who had apparently been climbing on some rocks along the trail until he slipped, fell, and broke at least 1 rib, they thought.

In honor of Memorial Day, we stopped to read the stories of the battles on the memorial

I don’t know if it was because the rangers were on high alert that evening or if they’re always so insistent on emptying the park right at sunset, but they came down to the overlook we were at where I was shooting away as the sun sunk towards the horizon and told us to go home before the sunset was below the horizon.  Since some of the best sunset shots come after the sun has set, this was a bit disappointing.  I was counting on being able to shoot until dusk.  But the park closes “at sunset,” which I guess can be left to a ranger’s discretion. 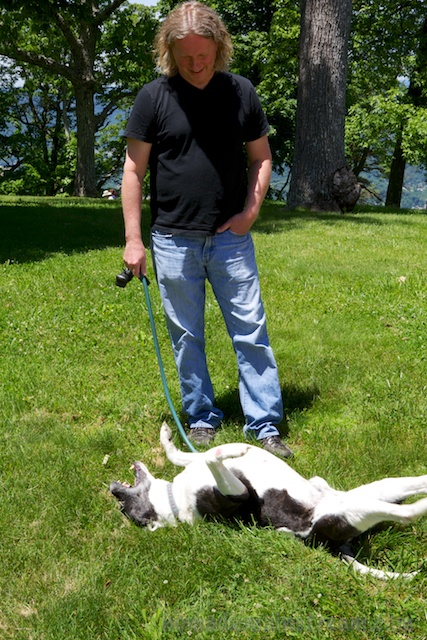 Tisen is rather irreverent when it comes to appreciating battlefields

However, the park opens at 6AM.  So, there’s plenty of time to get there and get setup for sunrise shots, although I guess the sun will be rising before 6:30AM soon.

While I work on mustering the courage to get up that early, I try to ignore the harsh shadows in my mid-day shots, wishing I had better timing. 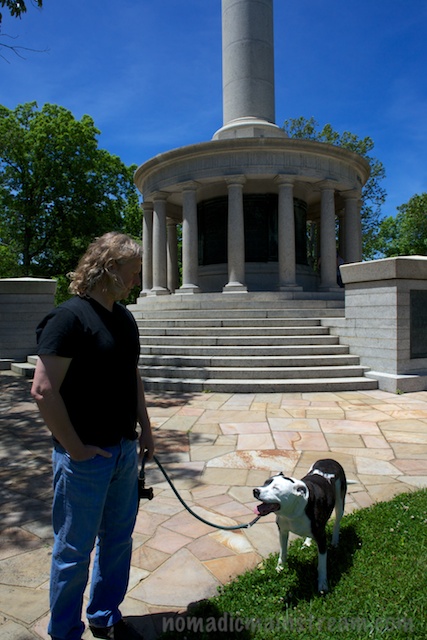