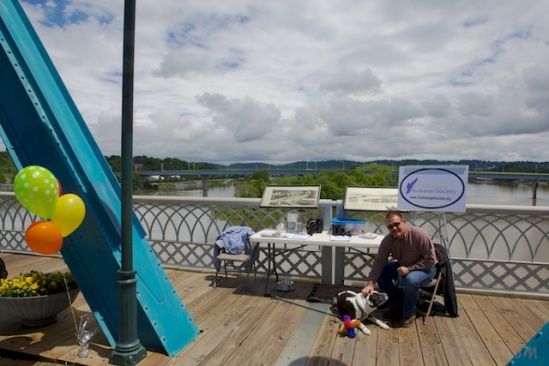 Tisen kept my fellow volunteer busy while I got a shot of the booth, McClellan Island in the background, and some rapidly forming clouds overhead

As representatives of the Chattanooga Audubon Society, my fellow volunteer and I stopped a couple dozen people and managed to gather a dozen or so emails to add to the organizations contact list.  Of the people we stopped, only 2 of them were from out of town. 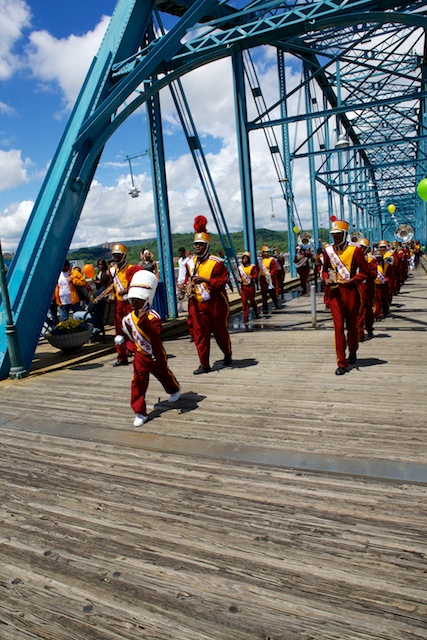 I can’t claim this to be a representative sampling of the population on the Walnut Street Bridge that day, but it seems that 90% of the people on the bridge were locals.  When you think about it, it makes sense.  The Howard High School band was performing.  With them, the brought all of the family and friends that support them.  The Chattanooga Ballet company was marching, the brought some more.  And so the list goes on.  I guess that’s what makes a parade a community event–it brings out the locals in masses to support the ones they love who are marching in the parade.  And, of course, the locals who just want to have something fun to do or who support the cause behind a parade. 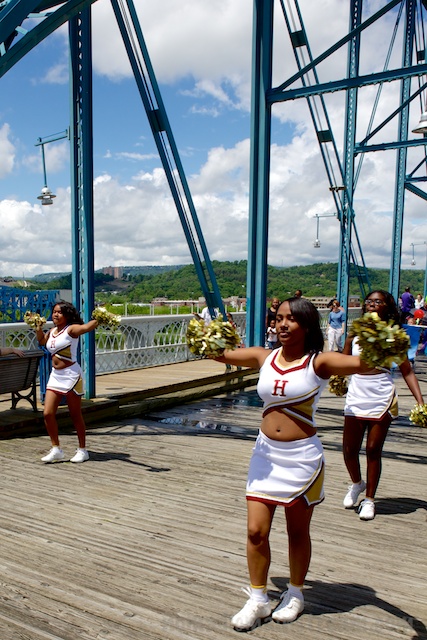 The cheerleaders kept pace with the band

Whatever brought people to the Walnut Street Bridge that day, the Howard High School Band was determined to entertain them.  After the dancers (see yesterday’s post), their 8-year old drum major led the instrumental section as they stepped in time to a raucous beat–it was enough to get the wood planking on the bridge vibrating.

Following the band came the cheerleaders.  They weren’t quite as wound up as the dancers in front of the band had been–no dances or active cheering as they went past our end of the bridge. 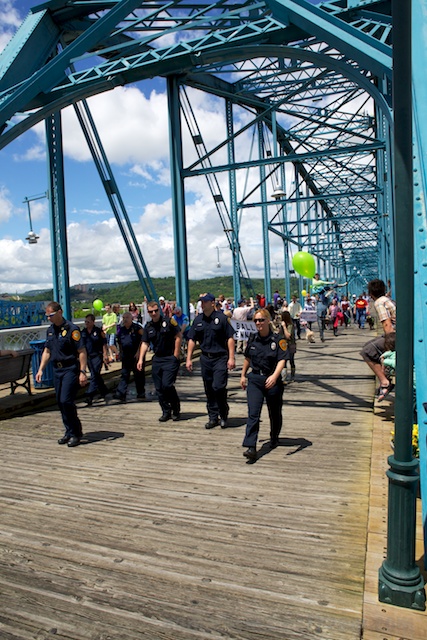 Most parades have fire trucks. Since they won’t fit on the Walnut Street Bridge, the firefighters walked instead

I was impressed by the ballet company’s choice of attire for the parade.  I can’t say I’ve ever seen a ballerina elevated over another dancer’s head while wearing rubber rain boots before.  I’m not sure if they made it the entire half mile across the bridge like that, but it made for an exciting presence in the parade. 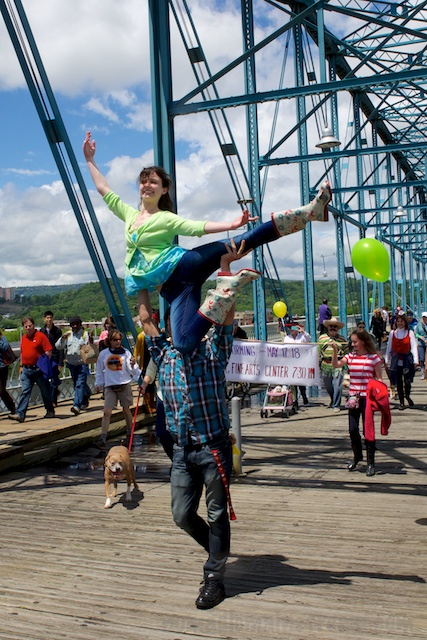 The Dogood organization closed the parade.  This group promotes responsible dog ownership and a dog-friendly community.  They are responsible for getting the bridge open to canines, who were prohibited from crossing the bridge until a few years ago.  Tisen was happy to see them–grateful for the many times he’s gotten to accompany me on the bridge because of their work.  Although, I do think he was jealous of the other dogs’ Cinco de Mayo costumes. 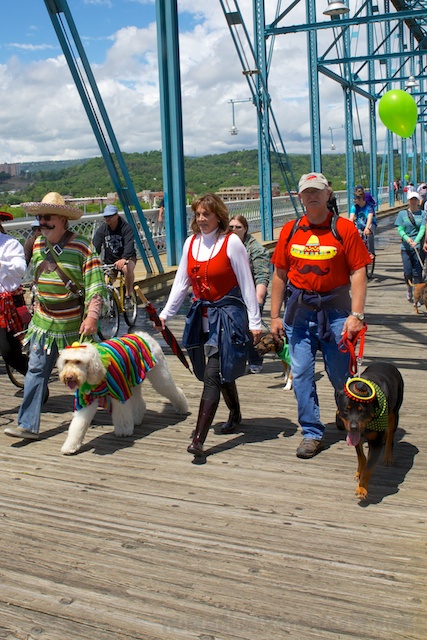 At the end of the parade, the band gathered on the steps leading up to the glass bridge over to the Bluffview Art District.  They performed a couple of songs and then marched across the glass bridge.  This seemed dangerous, but they all made it safe and sound. 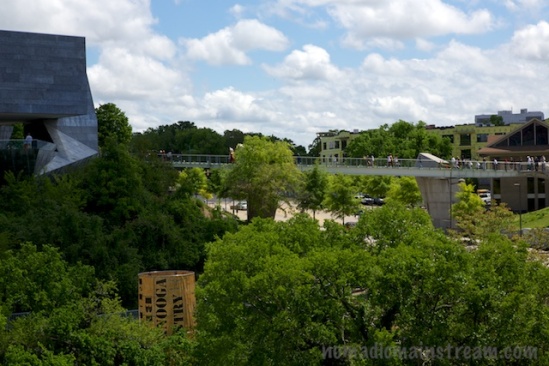