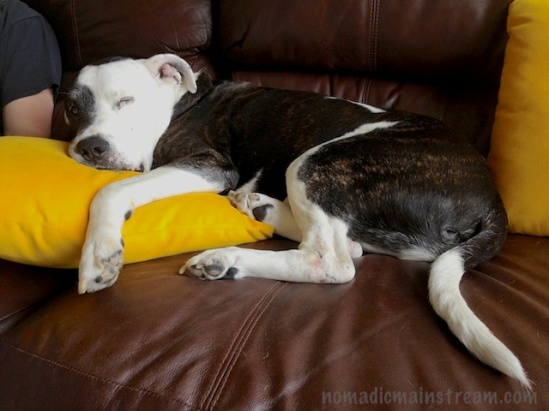 I thought today’s collection of iPhone images (shot using the Camera! app) made for a good comparison–perhaps even providing an explanation between shooting action and shooting a still subject.

For anyone who has been keeping up with this blog long enough to know that I often post photos of Tisen (my dog) sleeping and far less frequently post photos of him doing something more exciting, perhaps the comparison of what iPhone photos of an excited Tisen running around with Big Dog vs. a sleepy Tisen enjoying the comfort of pillows will make my preference for Lazy Tisen photos understandable. 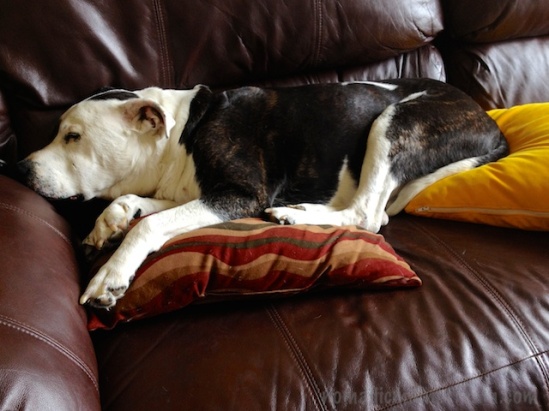 Yes, that is a custom-made American Leather throw-pillow my dog is propping up his butt with

There are several things that make the iPhone as a camera challenging when shooting Excited Tisen.  First, the iPhone is slow.  One thing to remember is that it will start taking the picture at the point when you let go of the volume-up button or lift your finger from the screen–not when you start.  This is important when you’re trying to take a picture quickly.  When Tisen is prancing around with Big Dog in his mouth and I’m trying to get an adorable image of Tisen carrying a toy that’s almost as big as he is, getting the camera to take the image at the moment I want it to is important.  Otherwise, I end up with images like this one, where Tisen is not caught carrying Big Dog, but rather the moment after he dropped Big Dog and started sliding to to the floor relatively gracefully. 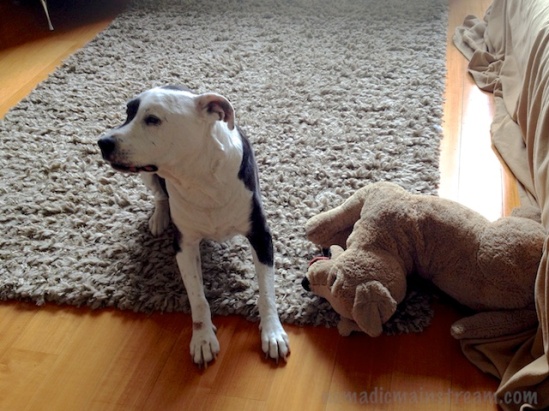 Tisen sliding into the down position

This is called missing the shot.

I do this a lot with the iPhone.  It’s hard for me to retrain my brain to release the volume-up button after spending so much time learning to depress a button to take a picture.  Some day I will be able to switch back and forth

Another way to increase the odds of catching something like an Excited Tisen with the iPhone is to use the Fast Burst setting in the Camera! app.  While this reduces the resolution of the images, it allows for the camera to shoot multiple images in rapid succession.  While it’s still a lot slower than, say, rapid fire with a DSLR shooting JPEGs, it’s still a big improvement over the normal amount of time between shots, when you use this feature, you push the button and hold and it will shoot until you stop or the memory fills.  It does not, however, help freeze the motion of Excited Tisen–that is dependent on shutter speed, which is a different issue. 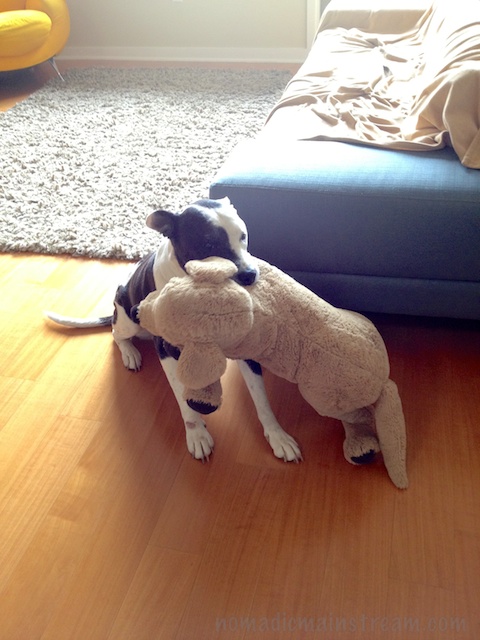 Shooting Sleepy Tisen is a much easier option in many respects.  He holds still, I get to try different angles.  It’s easier.  However, one of the short comings in this scenario is how the iPhone over exposes his white fur.  There’s not much that can be done about this other than using the flashlight feature to try to brighten up his dark spots.  This has the disadvantage that once the flash starts, Tisen quickly turns into Excited Tisen. 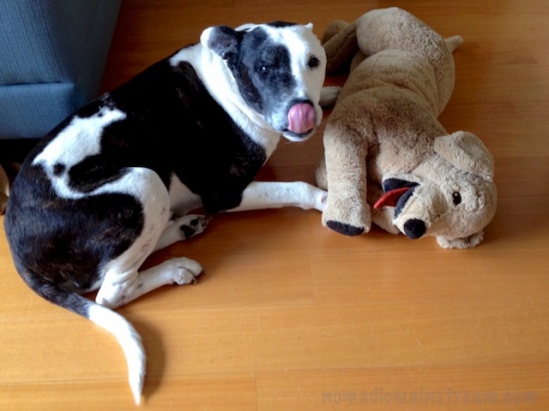 2 responses to “Dogs and Pillows”