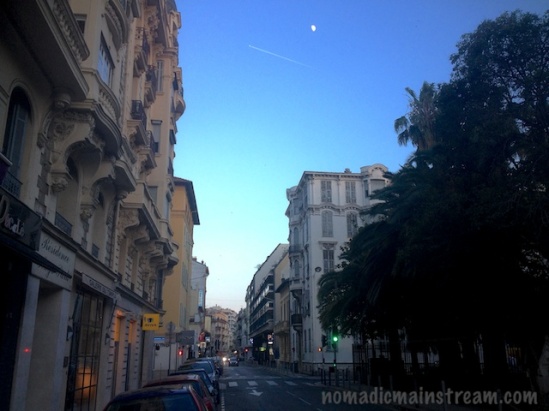 The moon over Nice as we entered the restaurant for dinner

After the first long day of the conference in Monaco, a group of us made our way back to Nice for the evening. One of our group was familiar with a restaurant in Nice where he had had his anniversary dinner a few weeks earlier. 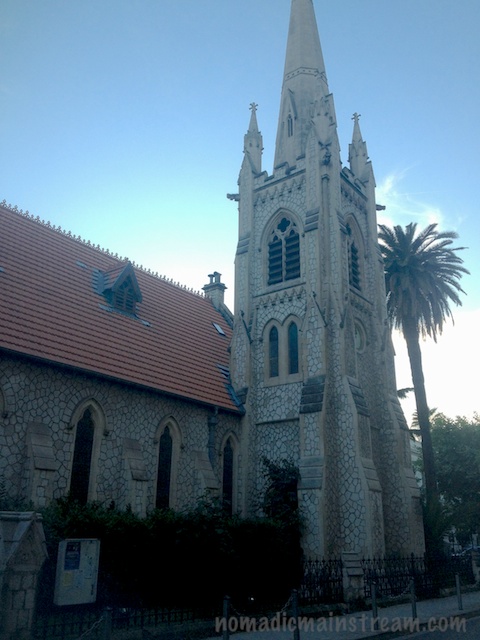 An old church just outside the restaurant in Nice

Translating a menu is one of life’s biggest challenges.  Unless the exact same dish exists in one’s native country and the person who translates knows the correct name in both languages, most translation is lost.

Even when I hadn’t forgotten 90% of the French I once knew, I couldn’t understand a French menu.  I knew if it was fish or chicken or beef, but not what they did to it.  When I started learning Italian, I didn’t even get far enough to determine whether I was ordering tomato soup or tomato sauce (that led to some interesting surprises).

Sitting with someone who could actually understand and describe what a dish was was quite refreshing.  Although, in the end, after much discussion about the menu, we decided to order a 5-course chef’s pick dinner. 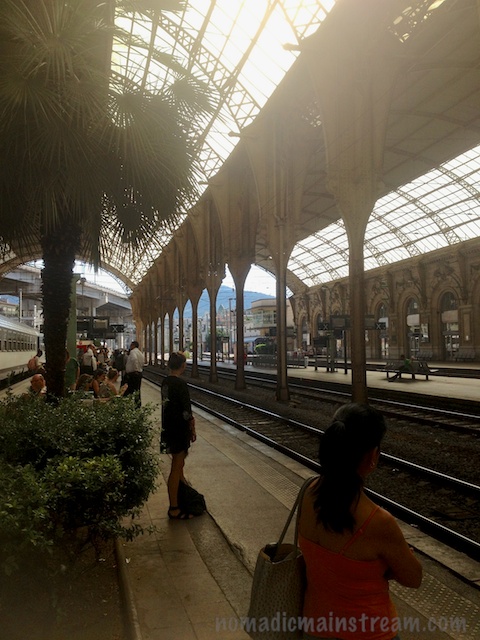 This turned out to be a great decision.  If I were a food critic, I could probably describe the meal in terms that would make your mouth water.  Since I am only a food enjoyer, I can only say that each course seemed to get better.  However, 5 courses is a lot, even in France (where the portions are smaller than in the US).  By the time we were done eating, I felt like the easiest way back to my hotel would have been to have someone tip over my chair so I could just roll my way down the street.

As it turned out, I might have been right.  There were no taxis to be had and we had 4 people going to 3 different destinations.  In the end, the two colleagues going to the same place were driven by the owner of the restaurant while the 3rd colleague walked me back to my hotel where a taxi had been ordered to meet him when available.  We sat in the lobby a long time waiting for that taxi–it was after 1AM by the time it came.

I was very happy I’d planned to take the train to Monaco the next morning–it gave me 2 extra hours of sleep. 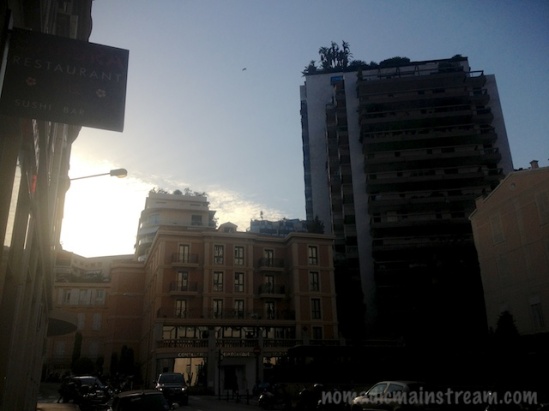