My recent business trip took me to Nice, France and Monte Carlo, Monaco.  I know it’s hard to feel bad for someone who just went to the French Riviera, but I’d like to point out a few facts that make me sympathy worthy: 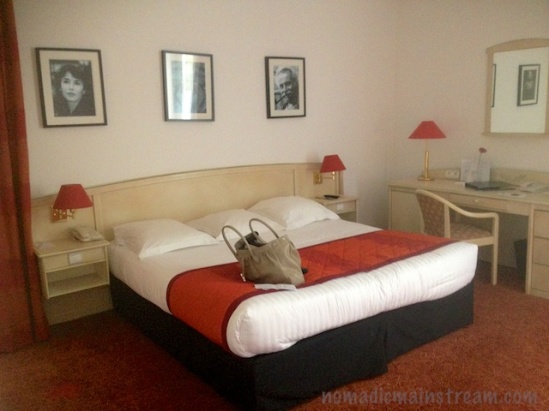 OK, so it’s a King-sized bed, but check out the carpet

If that’s not enough, let’s talk about my hotel room.  First, I had a sense of deja-vu when I arrived at my hotel.  I didn’t remember where I stayed the last time I was in Nice (in May of 2006), but when I walked into the lobby, I was pretty sure it was the same hotel with an updated decor.

Unfortunately, the updated decor stopped at the lobby.  I had to chuckle at the orange shag carpet and matching accessories in my room.  I did not, however, chuckle at the tiny little room with a toilet, and only a toilet, in it.  Fortunately, I discovered a bath tub and sink in a separate room opposite the toilet room.

I tried hard to remember whether the toilet was separate from the bath and sink the last time I was in France.  I never did manage to come up with that memory, but everyone I talked to had the same arrangement no matter what hotel they were in, so I guess it’s a French thing.

Now I understand why some people call it a “water closet”

The view from my room left something to be desired.  From the window, I could see the back of 3 surrounding buildings and the shed for the trash bins for my hotel.  This is not the kind of view one hopes for when staying on the French Riviera.  Especially not when one read that the hotel in question was a 4-star hotel.  I suspect the person who awarded the 4 stars was the owner’s mother. 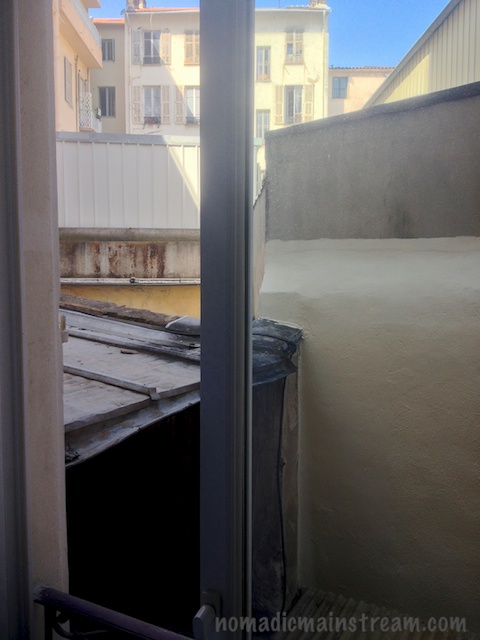 One last look at the view from my window