Continuing from yesterday’s post, here are a few more examples of obvious photographic failures and how to avoid them.

Foreign Objects in the Frame 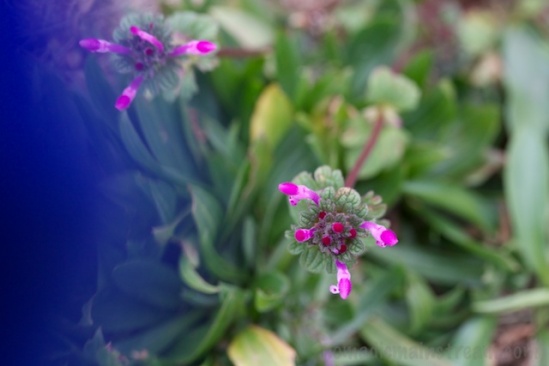 How many images have you seen with someone’s finger in them?  This is especially a problem with smart phone photography–it can be challenging to hold the camera steady while tapping the screen without getting a finger over the lens.  Using an app that allows you to use the “Volume Up” button to take the shot on the iPhone 4S or 5 is a great help with this.  In this example, I was shooting with my DSLR while holding Tisen’s toy, Jack.  Lesson:  don’t hold a dog toy while shooting at a downward angle. 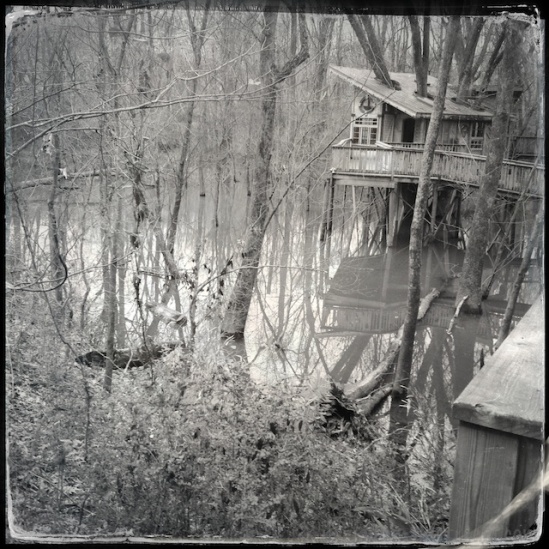 This could have gone in the Hipsta-Tilt post I did a couple of days ago–the tree house is not vertical.  But, not only is the tree house looking like it was built on the side of a hill, but I managed to get the end of the railing in the frame as well.  Particularly because the rail is very light compared to the rest of the image, it immediately draws the eye away from anything you’re intended to look at.  The fix here is pretty obvious, but with an iPhone, it can be hard to hold still.  Setting the phone on the rail might have been a good way to avoid this (and might have added a really cool element to the image if it captured the rail running towards the treehouse diagonally).

While not perfect, the railing running diagonally and the nearly straight treehouse come closer

The end result isn’t so different from Foreign Objects, but the problem is different.  Rather than a finger slipping over the lens or something I’m holding hanging into the frame. this is a case where I captured the motion of my husband’s hand instead of the motion of the marble.  This particular set up required trying over and over until figuring it out.  But, when shooting a large object moving from left to right (or vise versa), the best solution is to find the subject through the lens when it’s still pretty far away, pan with it as it approaches, and take the shot when it’s in front of you.  I haven’t tried that with my iPhone yet–maybe that’s what I’ll do tomorrow? 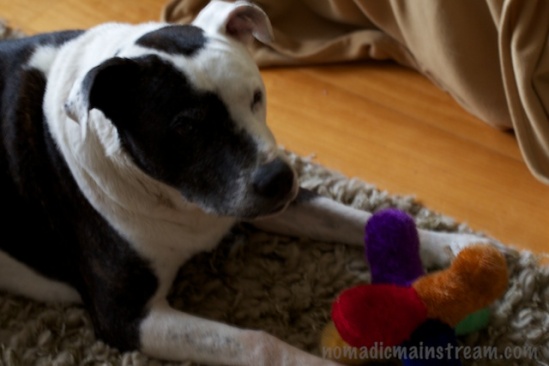 My blurred and under-exposed baby still looks perfect to me

My final photo is perfect.  This is called “always perfect” because sometimes we are so emotionally attached to our subject that we think every shot of them is perfect.  There’s nothing wrong with that, but maybe we shouldn’t make our friends look at 500 pictures that are out of focus and mostly look the same.  🙂

Better exposure (right eye visible) and more in focus (at least the eye is sharp) make for a better image, although the background is distracting