I am experimenting with a new iPhone photography app called Fast Camera.  It’s fun little app that starts firing away in rapid-fire mode the moment you launch the app.  You can change the settings so you have to push the button manually, but what fun is that?

I love the idea of being able to capture rapidly moving objects (such as Tisen) before they stop doing the thing that I wanted to take a picture of in the first place.

This is a constant struggle with smart camera apps.  By the time I get the app started, get the thing focused and click the button, whatever I was hoping to capture has often already gone on it’s merry way or turned its back to me.

However, I find I am struggling with this app a bit.  The first problem is it starts taking photos as I am raising it into position, so I end up with 24 shots that look like this:

I am not fond of my feet.  Certainly not fond enough of them to want two dozen pictures of my toes.  And I’d much rather have Tisen’s entire face in the frame than just his nose.   (I really didn’t mean for that to rhyme.)  That said, it is easy to delete all the extraneous misfires, so that’s not a huge problem.

I also like that the app does not automatically save all the images to my camera roll–that would fill up my photostream with a bunch of crap I would rather never see again.

However, the down side of it not saving images to my camera roll is that I end up with a collection of photos inside the app that I forget all about and then discover again weeks later when I next use it.  For example, I had 62 images that looked pretty much identical to this: 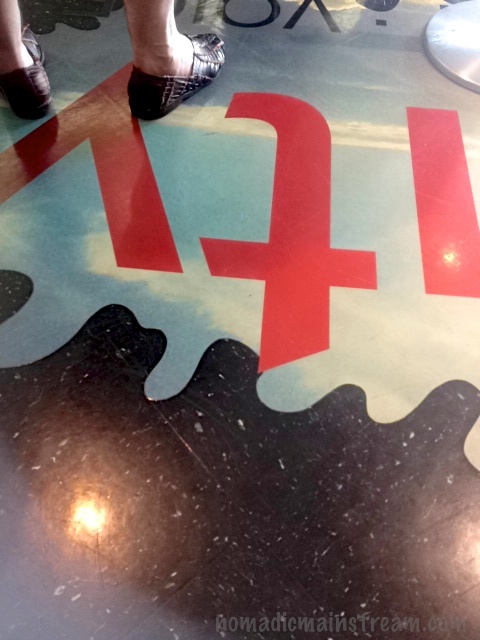 I cannot come up with where this image was taken or whose foot that could possibly be.  Perhaps I should have a “who can identify this photo” contest?  I can only imagine that I accidentally launched the app and didn’t even realize it was shooting away.

Yesterday, I chose this app over the more familiar apps I use to catch Tisen trotting down the hall in his happy mode.  This means he was picking his feet up, wagging his tail, and holding Lamb Chop (the newest addition to his family) high. 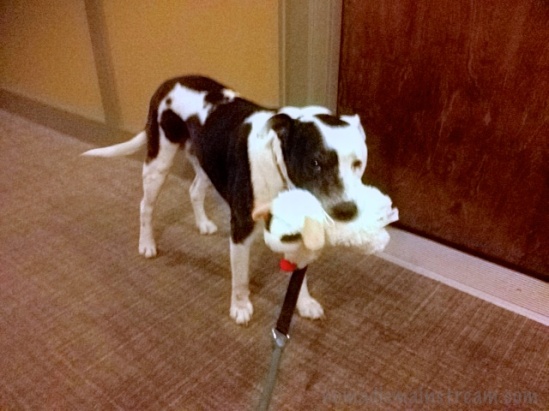 In spite of the speed of the app, Tisen stopped his happy mode trot as soon as I stepped out in front of him and held up my phone.  The other problem was that all 45 images were just as out of focus as the 2 I’m posting.  When I just now opened the app to check the settings, I ended up with 12 images of my computer before I could hit the “stop” button.  But, I did switch it to autofocus mode so next time I launch it, the focus will hopefully be improved.

Perhaps the only problem is that the app is faster than I am?