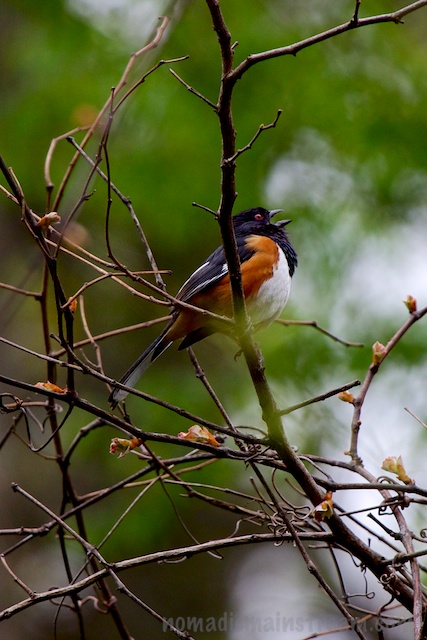 A singing Eastern Towhee may not be the most unusual sight in Tennessee, but this was the best picture I got of the day

Today was a big birding day.  I got out birding with some really expert birders.  We met at Cravens House on Lookout Mountain.  When we arrived, I was surprised to discover that the gate to the main parking lot was still locked.  I’ve never been to Cravens House when the gate was locked, but then I don’t think I’ve ever been there at 9AM on a Sunday morning, either. 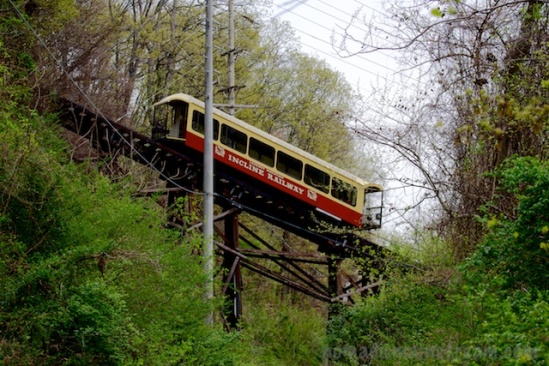 Not the usual sighting on a bird walk, but seeing the include railway train pass over the trail was kind of fun

Pat and Tisen drove up with me in case no birders showed.  Normally, we don’t take dogs birding.  It’s just not the best mix.  Even though Tisen is not a big bird chaser, a lot of birds key off the shape of a canine and go into hiding.  I know this is particularly true of water fowl like geese.  I haven’t really witnessed this with song birds, but since I’ve never known anyone to bring a dog on a bird walk, I don’t know that I would have noticed.  The birds at Renaissance Park are so used to seeing dogs, I don’t think they’re a good test case.

Our plan was to go for a hike if no one showed and for Pat and Tisen to hike a different direction if others did show.  As it turned out, Pat and Tisen took their own hike. 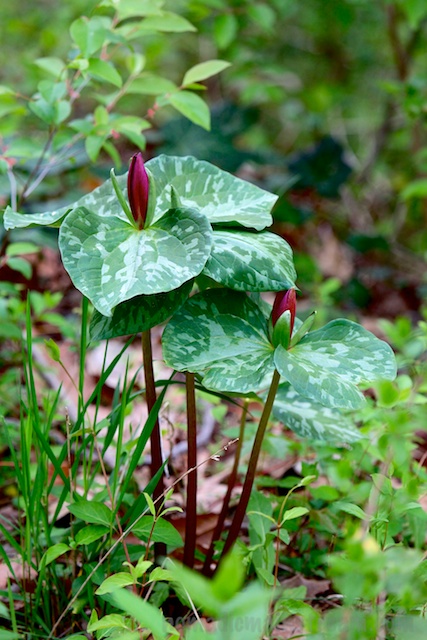 A large variety of Trillium whose name I don’t recall

One birder joined us who moved to Chattanooga fairly recently.  He and his wife and children moved here from Seattle.  He was so excited to get to go birding.  He mentioned that since moving to Chattanooga he’d been a stay-at-home-dad.  I think that explained his enthusiasm for getting out and doing something with adults.  He was fun to bird with–he had lots of great birding stories from parts of the world like Australia.

We walked for 3 hours and saw about 34 bird species.  We might have seen more had we started out on a different trail, but I didn’t know the trail we ended up on was even up there until Clyde mentioned it.  Clyde is one of Chattanooga’s best birders.  I love it when he comes to bird walks–I’ve never birded with anyone who can bird like him.  He seems to hear or see a bird with every breath.  It’s really amazing. 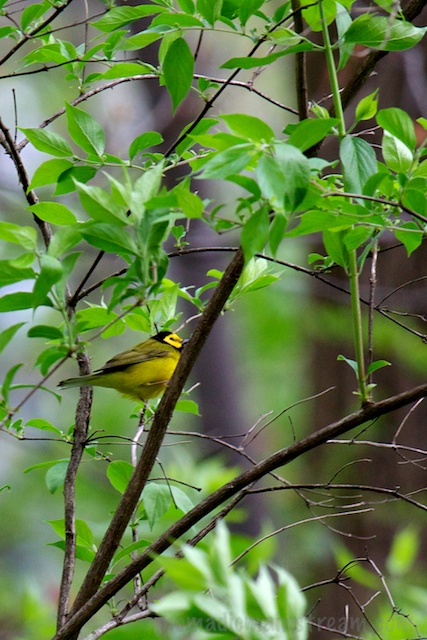 In any case, the Carolina Wrens and Northern Cardinals were singing so loudly that we joked we wished we had a volume control for them.  Carolina Wrens are one of those birds I never tire of.  Although they are so common it’s not particularly exciting to see them, their fussy little personalities and extraordinarily loud voices continue to amuse me.  On the occasions when I get to see them sing, I am always impressed by the effort.  Their entire body seems to throw itself into the production of sound.  It’s no wonder they produce a sound that seems at least a magnitude larger than their tiny bodies. 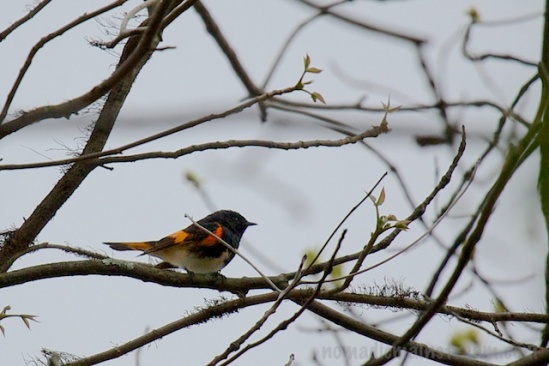 But today, no wrens were willing to pose for me.  The best I managed to capture was a singing Towhee.