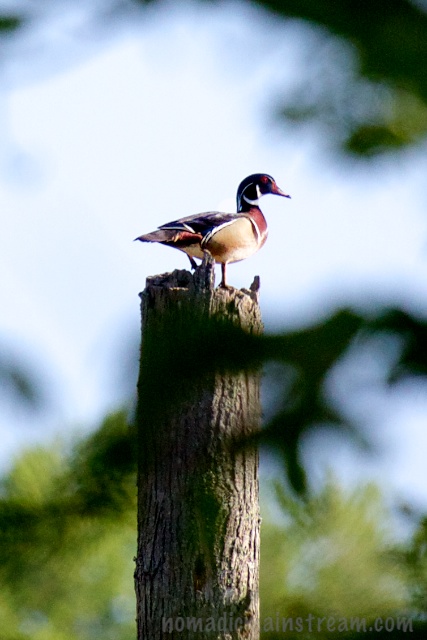 This guy knows how to impress the ladies

Bright and early Saturday morning, I joined my fellow birders in a walk around the VW wetland.  After we saw many heron perched on their nests in a giant heron rookery and a collection of Canada Geese roosting on top of a beaver hut, we made our way back through the brambles to a trail that allowed us to circle the wetland.

This took a little bush-whacking.  Well, whacking may be an exaggeration.  It was more like taking 3 steps forward and then freezing in place when caught in the brambles and peeling the brambles off carefully, trying not to rip skin in the process.  Then, three more steps forward.  Fortunately, once we made it to the trail cut by the surveyors, we were able to make good progress. 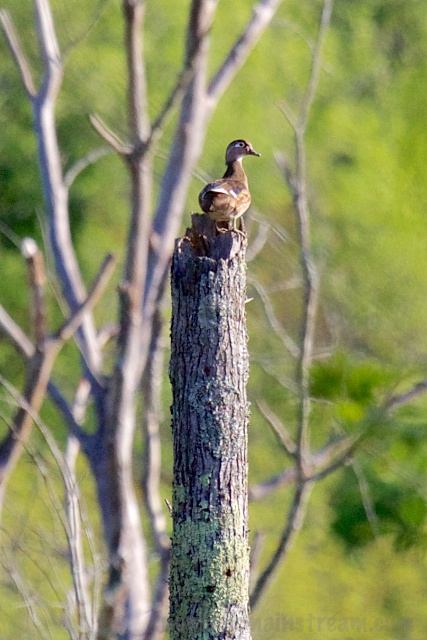 She may look indifferent, but I think she’s just being coy

Everyone develops their own methodology for getting through brambles.  I think there are 3 main approaches to bramble thrashing, which one you choose is generally dependent on what you are wearing. 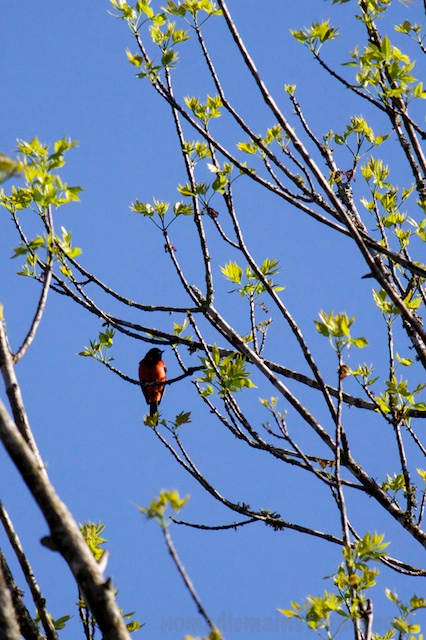 Still not optimally lit, this male Orchard Oriole impressed us with his song 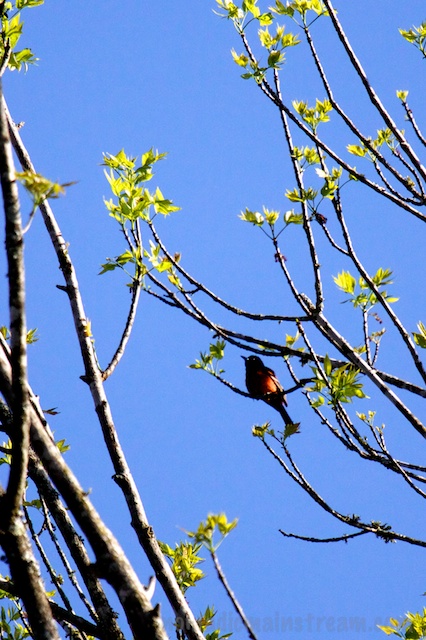 If this guy had moved just a bit more, you would be able to tell he’s a beautiful Orchard Oriole

Thankfully, we all made it to the cleared trail with a minimal number of scratches.  We worked our way around slowly, passing the top of a major beaver dam in the process.  The work of the beavers was quite impressive–a testament to the expression “busy beaver.”  They had built a dam that must have been a good 50 feet wide or more.  It enclosed one end of the wetland, creating a waterfall given the amount of rain we’d been having.  On the other side of the dam, the wetland continued.   We was a second dam that had been broken apart.  Apparently the humans have to break the second dam every couple of days to keep the water from getting too backed up in the wetland.  The beavers are busy indeed.

As we came around the bend of the wetland, we spotted a male wood duck siting on top of a snag in the middle of a bright sunbeam.  As we all admired him, one of our group was looking at a different wood duck on tip of a different snag–it was the mate.  The male showed off for her, obviously trying to get her attention.  She ruffled her feathers and acted indifferent, but I suspect they lived happily every after. 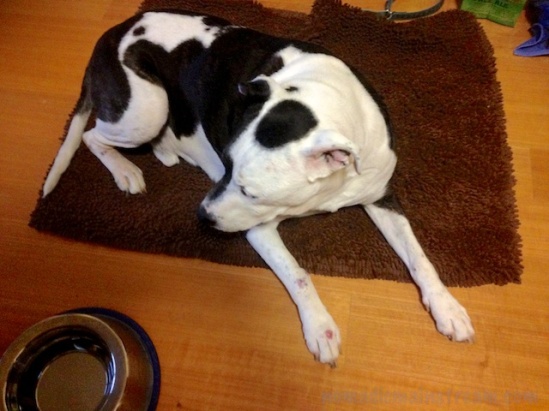 Tisen looking for food (I think)