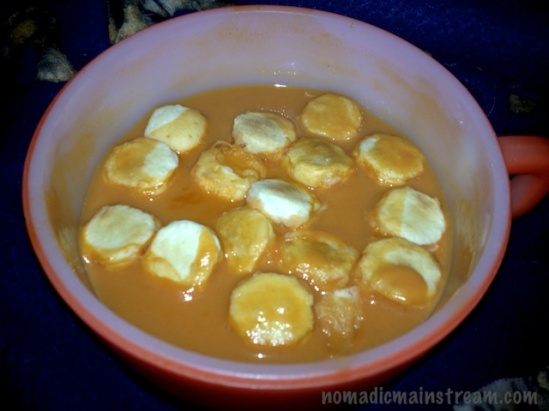 Close-up of dinner, which happened to be in my lap

In a moment of desperation, after realizing I had no photos for this post and it was already after 9PM, and, more importantly, I had already crashed on the sofa and Tisen had burrowed in next to me, I decided it was a good time to experiment with my iPhone.

Recently, my bestie suggested writing a “how-to” on taking better photos with a smart phone for people like her.

The problem is, I rarely use my iPhone for photos.  And when I do, my photos usually suck.  So, I figured I could use a few lessons myself. 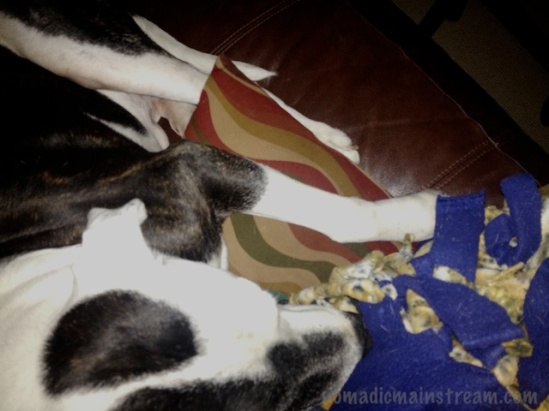 I did some googling on taking better photos with an iPhone over the weekend.  I didn’t find much that was particularly helpful.  Most the articles I found either provided tips that apply to any photography or mentioned changing settings I couldn’t figure out how to change.  I tried searching for camera apps to see what I was missing.  I did find an interesting app that provides some control of the exposure and has a setting that turns the LED on so you can see what’s in your frame before you shoot in the dark.  I couldn’t however, find the advertised pre-sets for different types of subjects. 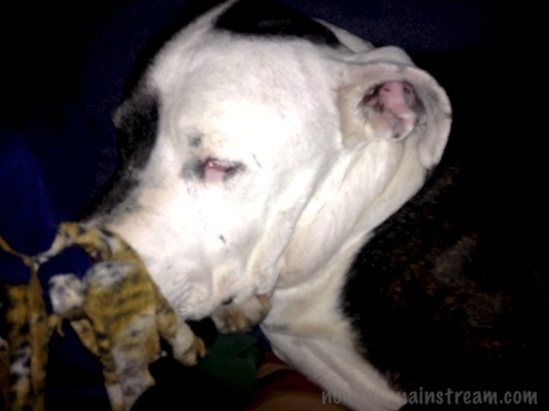 Tilt and yaw created a bad angle, although you can at least see that Tisen has his nose covered

In any case, I attempted to do some couch potato shooting.  I was parked laptop in lap and dog at my side–it’s hard to get motivated to get up sometimes.

I think I figured out why I usually end up hating my iPhone shots: 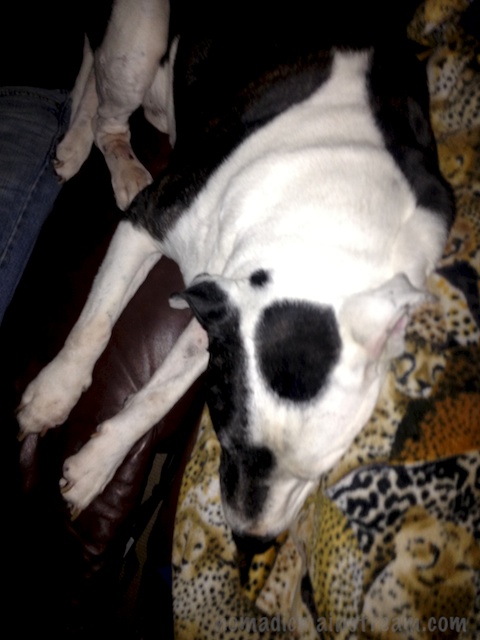 Top down view of Tisen cuddling against my leg, showing off his spotted head

That said, the photographer’s adage is “the best camera is the one you have with you” and there is a lot to be said for smart phone cameras when it comes to having them with you–even when you’re just laying around on the sofa. 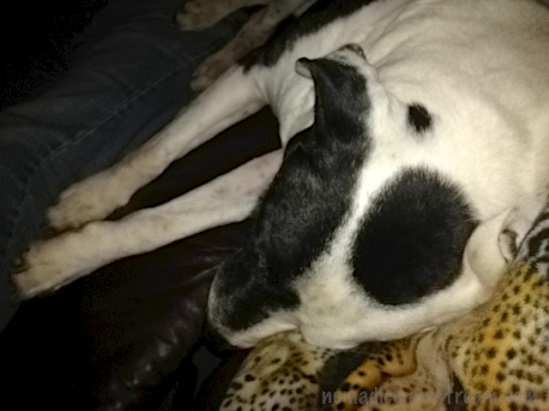 Taken with the app I just downloaded, with the LED on, I’m able to get better exposure