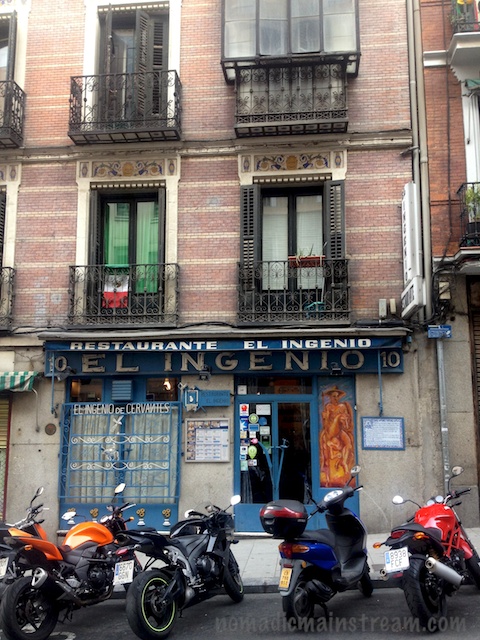 The front of the restaurant

Traveling to Europe is something I really do not enjoy.  Don’t get me wrong.  I love Europe.  It truly is a different world from the US and everyone should experience at least some part of Europe first hand.  I just don’t like getting there.

I left my home at 11AM on Saturday morning in the first “snow storm” we’ve had since moving here.  It took nearly an hour to get to the airport (normally a 15 minute drive) because there was about an inch of snow on the ground.  With no snow clearing equipment and lots of steep climbs, traffic was a mess. 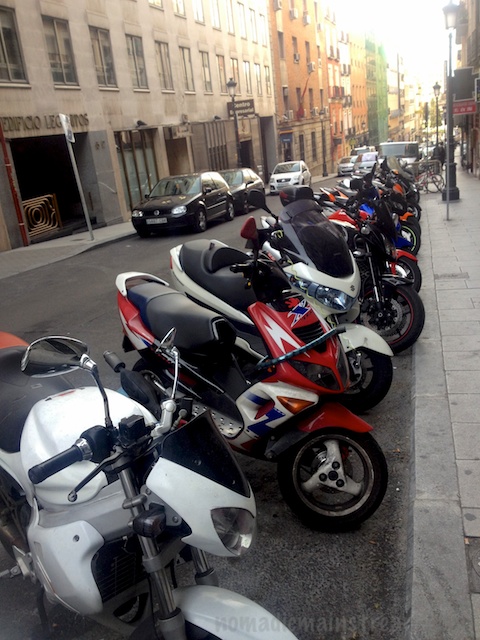 When I arrived in Madrid, it was about 9:00AM Madrid time Sunday morning.  AKA 3AM Eastern time.  Therein lies the problem.  The vast majority of the time I would have spent sleeping evaporated into thin air.  Fortunately, my hotel room was available for an early check in and I managed to lie down for a nap by 11AM.

One of my well-traveled colleagues called my room at 1PM and informed me we were going into town and we were leaving immediately.  I had apparently missed a few text messages while I was napping.  I jumped out of bed, splashed water on my face, threw on some clothes, and was in the lobby 10 minutes later. 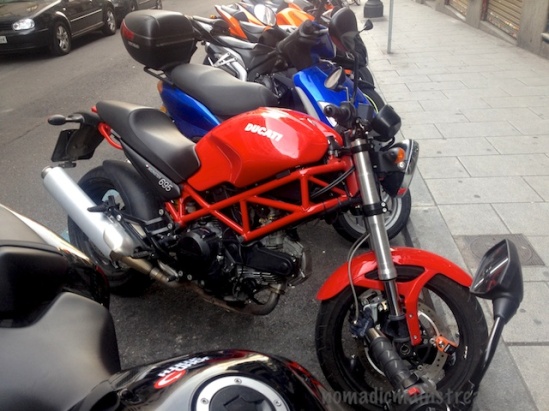 Couldn’t help but drool a little over the Ducati

Getting outside is quite important to time shifting.  The sun helps your body reset its clock.  So, although still somewhat incoherent, I forced myself to join my colleagues on this little adventure.

Since the conference we were there to support was at an airport hotel, it was about a 20 minute cab ride to the center of town.  Fortunately, one of my colleagues is fluent in Spanish and managed to convince the driver to go through town rather than taking the freeway so we got a bit of a tour on the way. 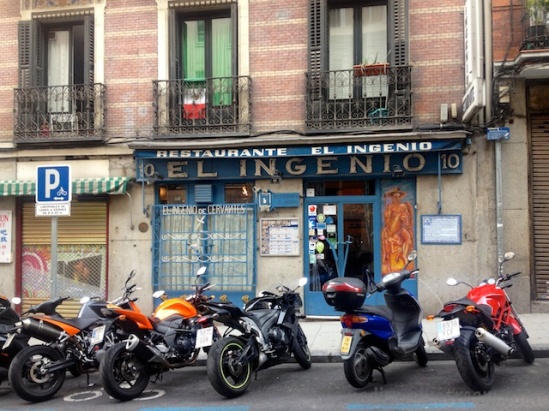 Closer view of the restaurant – not a big place

Armed only with an iPhone for a camera, I attempted to get some shots of the city.  Wow is it hard to get decent landscape photos with an iPhone!  I have admired other bloggers’ iPhone photos in the past–I am now in awe of their abilities.  The dynamic range of the iPhone is not good and I found it impossible to hold it stable or straight.  The dynamic range issue was exacerbated by the fact that it was early afternoon with strong shadows and bright sunlight.  But, I wasn’t about to lug my 5D Mark III along on a business trip–the iPhone was better than nothing.

We wandered our way through the streets to a tiny restaurant known to my Spanish-speaking colleague.  The couple who owns the restaurant greeted us and welcomed us in a way that made us feel like we were visiting their home.  They patiently explained the menu to us, sometimes in English, sometimes in Spanish.  They served us pitchers of Sangria freshly made and filled our bellies with traditional Spanish dishes. 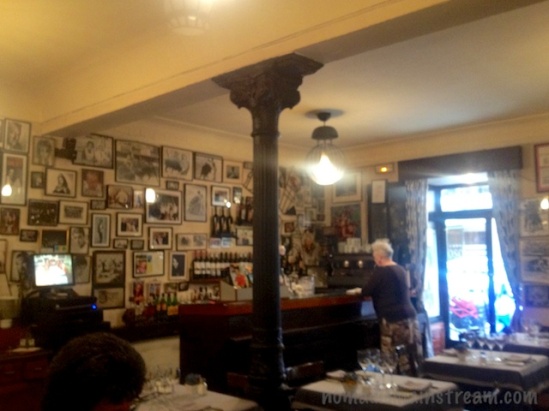 Attempted to get a shot of the inside–not so good with iPhone, but gives an idea

I was really glad I’d gotten out of bed.