Perhaps it is indicative of a slightly twisted sense of humor, but I really love this photo of a small boy staring at a classic truck loaded with whiskey barrels. 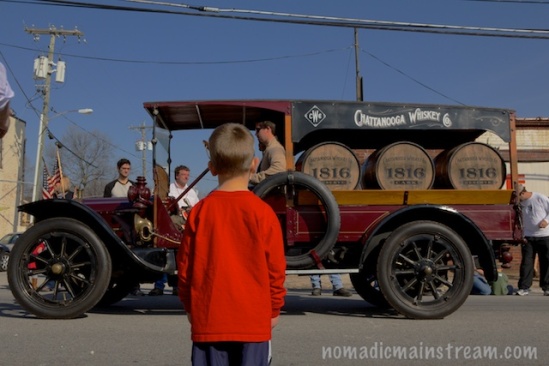 When I first started shooting the truck, I tried to frame the scene so the boy wasn’t in it.  As I shifted around trying to find an angle, I suddenly saw this shot and smiled.  I’m not even sure why I think it’s funny.

If a small boy staring at a truck amuses me, the next shot should be adorable enough to make anyone giggle: 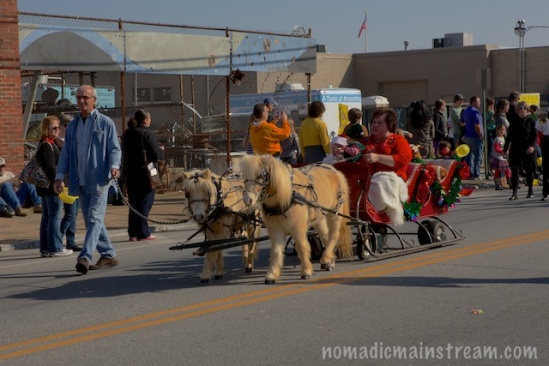 Yet, the expression on the woman’s face makes me a little sad.  She just doesn’t look at all happy to be playing Mrs. Claus.  It’s hard to laugh when someone looks miserable.  I like to think that I just missed a big grin and caught her in a pause between smiles.  After all, who could be anything but happy riding behind two such adorable miniature horses?

If there is anything amusing about the image, it’s possibly the ingenious construction of the wheels under the sled that make it possible for a sled to travel down Main St on a 70+ degree day in Chattanooga.  I predict a new style of sleds appearing on the sledding hill in the park this winter.

The next shot is of a middle school band.  They didn’t actually play while they were in earshot, but I loved the fact that they managed to make themselves look like a unit with simple black pants, white shirts, white gloves, and bright blue caps. 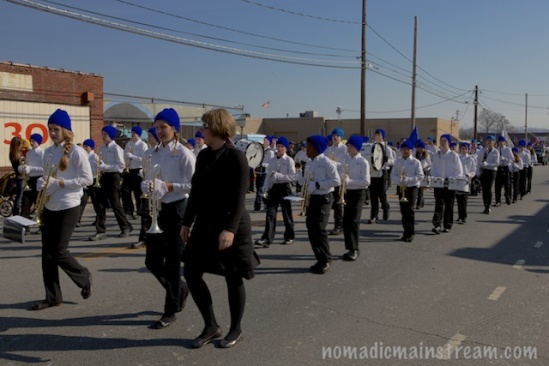 I particularly like the blue caps.  After all, a marching band is supposed to have some kind of hat, right?  While I imagine they were pretty hot by the end of the parade, they sure looked cool.

I cannot explain the next image.  I’m guessing I could have asked any of the dozens of people near me what it was all about, but I was too busy shooting. 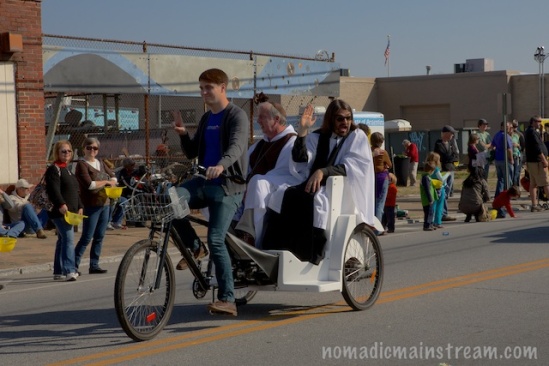 After all, I didn’t want to miss the next part of the parade:  the lawn mower racing team. 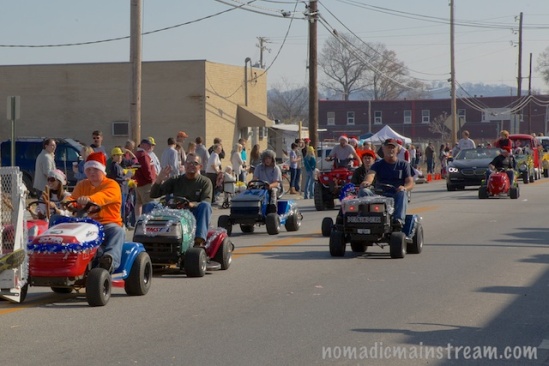 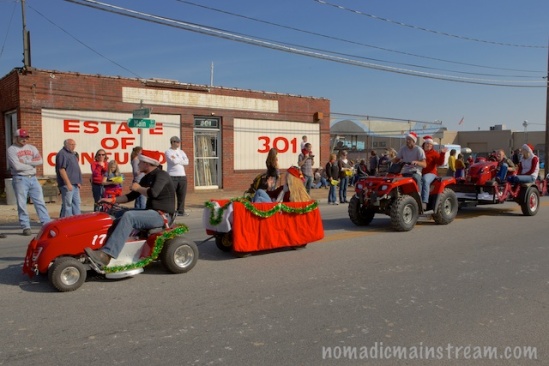 It was about the point in the parade  where the SpiderMan themed lawn mower rolled into view that I decided this was the best parade ever.  I hear it’s been growing every year.  I can’t wait to see it next year!

2 responses to “Not Just Any Parade”