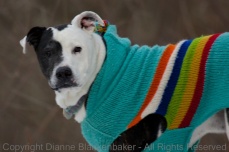 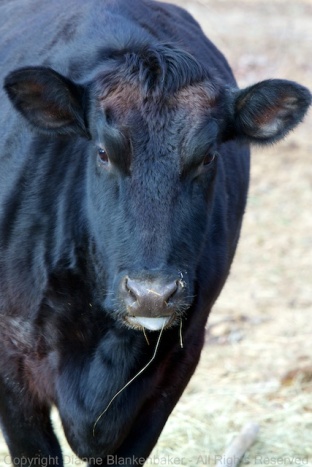 Last weekend we went on a river cruise in search of Whooping Cranes (well, in honor of the Sandhills).  While there, two people advised me to go to the Cataloochee Valley to see elk.  On a complete whim, I talked Pat into spending the weekend in Asheville, North Carolina and getting up at 5:15AM on Saturday morning to go shoot some elk.

Let’s recap:  I looked up the Cataloochee Valley, determined how long it would take us to get there, looked up sunrise time to make sure we would get there for the best light (and at a time the elk were likely to be active), looked at the weather forecast to ensure I owned enough layers to possibly stay warm, carefully decided which gear I would carry, found a hotel that didn’t charge more to have a dog than to stay in the room, and determined where Tisen was allowed to go in the park.

Fast forwarding back to Saturday morning, we arrived at the designated intersection only to realize that was the entry to the park, not the entry to the actual valley.  We wound our way up through the mountains slowly, encountering more and more snow as the elevation increased.  Behind use, the sun started coming up.  We paused long enough for me to snap a shot with my iPhone–my “real” camera being out of reach without climbing out of the car on a 1 ½ lane mountain road with 2-way traffic.

We made it to the Cataloochee valley gate before the light got too bright.  But alas, the gate was closed.  And locked.

Since dogs are not allowed on any trails in the Cataloochee area, we decided to take Tisen for a walk along the closed road.  Given that there was no one else there, we even cheated and let him off leash.  This may have been the first time he ever frolicked in snow.  He’s never run free in snow in the 2 years he’s been with us, at least.

Since there were no elk in sight, I practiced shooting my playful pup.

No elk appeared.  Pat was pretty sure we were still 10 miles from the prime viewing area when we turned around.  We we got back to the car, a Dark-eyed Junco was kind enough to pose for me, even in a wind strong enough to ruffle his feathers.

On the drive back down, we stopped to shoot some cattle.  They were quite curious about us.  Enough so that I found myself wondering if the feed truck happens to be a mini-van very similar to ours.  I started getting nervous when they all started walking toward me briskly–including a bull with a large ring in his nose glinting in the increasing light.  The fence between us was about 3-feet high and consisted of 3 flimsy strings of barb-wire.

With the exception of a Junco, I ended up with images of the domestic version of “wildlife.”