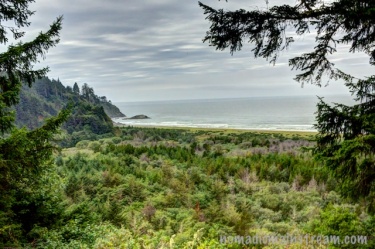 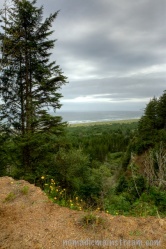 Overlook not far from the Pacific 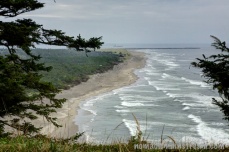 Ocean waves on a sandy beach

Close up of Lighthouse

Rocky shoreline of the Pacific 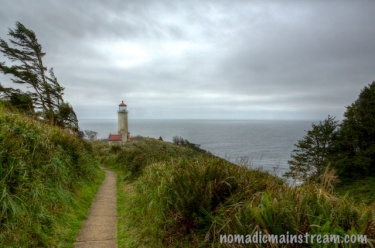 Another lighthouse over the Pacific Ocean 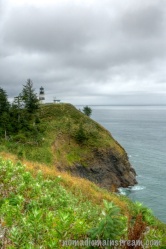 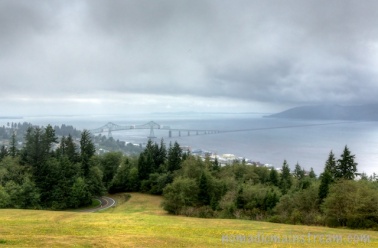 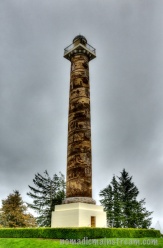 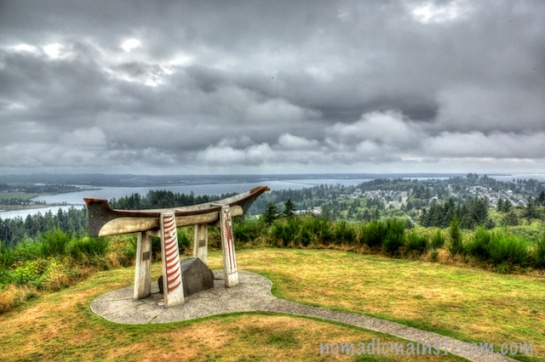 Overlooking the Columbia River from the Astoria Tower park

A common expression in corporate conversations is “taking a 30,000 foot view” or some such derivation that might also be expressed as “looking at the forest instead of the trees.”  Often, the follow up comments include something along the lines of, “but the devil is always in the details.”

When you look at a map, you can lay out a course that takes you in the most direct line to where you want to go.  But when you get on the road, street signs are missing or roads are closed and sometimes you find yourself well off-course in spite of your plan.  Even with technology, sometimes the GPS thinks a private road is a public one and advises me to drive through locked gates.  As it turns out, the most direct route is often not the easiest.

On my recent trip to Portland, we went on a little venture to the Washington coast and Astoria, Oregon.  We stopped at overlooks, visited lighthouses, and went up to the Astoria Tower.  Each of these vantage points provides a different view.  The ocean forms waves that slide smoothly up onto the beach while they batter and splash against craggy coastline cliffs only a hundred yards away.  From our thousand foot view (give or take), neither looks particularly harrowing or dangerous, but because we’ve been up close to both situations, we can readily guess which one would be the best place to, say, try to land a boat.

I am reminded of a presenter who once talked about the tendency to rely on historical information when deciding what to do next.  He said, “you can’t drive while you’re looking in your rearview mirror.”  I’d like to think we all check our mirrors every once in a while.  Without metaphorically checking our rearview mirror, we might think we could land safely amongst the rocks.  And without a map, we might not know if we went 100 yards further, we could land smoothly in the sand.

As we stood on the grounds of the Astoria Tower, I imagined Lewis and Clark for a second time that day.  I imagined being the creator of the map for previously uncharted lands.  I imagined explorers standing and staring at the river below as it makes its final turn before colliding with the Pacific Ocean.  I wondered if they were able to predict how long it would take to get from where they stood to the river shore.  I wondered how many surprises they encountered once underway.

I suppose life has not changed much if you look at it from 100,000 feet.  In spite of the myriad of gadgets that make navigation easier, we still must each create our own map for our lives.  The endless number of choices we now face can overwhelm even the most intrepid explorer.  When you come down to the 100 foot level or so, the main difference between then and now is probably that we do far more exploring from a seated position.

6 responses to “Many Views”