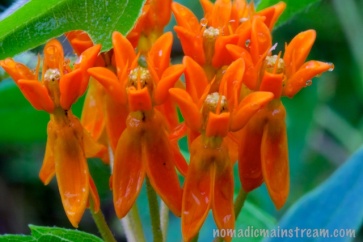 We are conducting an interesting experiment.  It started unintentionally with the sudden demise of our usual elevator.  The elevator is not dead, but it needed a day or two off.  Tisen, it turns out, is a man of routine.

The funniest part was when he walked up to the door across the hall from us and acted like it was only a matter of time before we opened the door–it’s like the whole world had flipped in his head.

This reminds me of an experiment I once read about where people were asked to wear glasses that inverted what they saw.  After 2 weeks, their brains were re-flipping the images so that what they thought they saw was right-side-up.  Then, when they stopped wearing the glasses, they started seeing everything upside down again.  It took a couple of weeks for them to begin seeing the world right-side-up.

We will see how long it takes for Tisen’s internal map to right itself once the elevator is fixed.

In the meantime, I posted some more of the macro shots of the flowers I took following a rainstorm the other night.  Everything was so dewy.  All I needed was a ray of sunshine to make the reflections in the raindrops really pop.