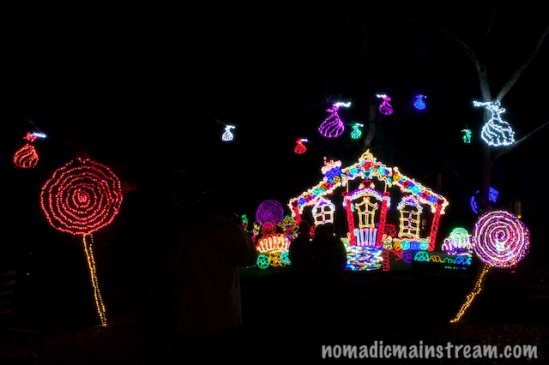 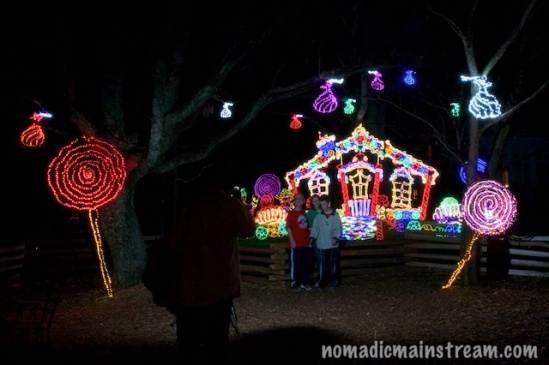 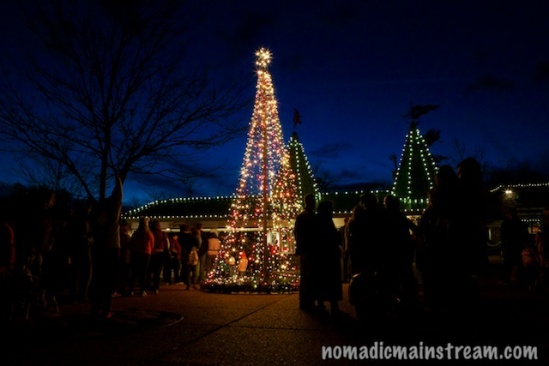 It’s 11:08PM EST. I’m falling asleep as I type. I’ve been up since 5:00AM. At the end of the day, I pulled up the photos I’d processed for tomorrow morning’s post. They are from Rock City when I went up to shoot the Christmas lights.

Several things occur to me as I start typing. First, approximately 3 people will read what I write tonight. Odds are in favor of me being able to get away with saying anything.

In the interest of saying anything, here is an experiment in free writing when one ignores constraints such as basic grammar rules, logic, and even consciousness–who says you have to be awake when you’re writing? Instead, I’ve decided to see what happens when I write while I’m falling asleep.

A black and white dog approaches. The girl squats to get get down to his level.

The dog approaches and feels a pretty special in the most obvious of spots. He doesn’t growl at her–a first in his shot history of co-existing amongst higher-class humans than he was used to.

Instead, the dog takes his place in line, making a formidable barrier between those who would take what they need and those who are happy to earn it. Tisen is all about earnings. He has no comprehension of what we decided years ago for on prem licenses. But we are trying to accommodate.

I have to stop here for a moment, shaking my head trying to clear it of cobwebs to determine if I can possibly finish this point–or, more accurately, to determine if I had a point or if this is just random talk popping up as I nod off while typing. It’s mostly just random.

As I sit with finger tips hovering over key board, I start typing in a stream of consciousness fashion that won’t impact the embarrassment in honor of Christmas.

I imagine telling a partner that we’re releasing a small number of parts and contract agreements .

I re-read and realize I’ve just typed a series of sentences that make me think of collecting automated data details from the set top box of the cable solution. Oops–I’ve done it again–written in a way that sounds like one of those spam comments on wordpress. All this time, I’ve been wondering how they come up with the wording for those. Apparently, all you have to do is type while you’re nodding off.

My back is aching. My hips have had enough. I learn that only FedEx and UPS are handling these expert deliveries. I decide that Santa must have had enough too. After all is there enough “common caring” oil that a grower might be able to offset right before Christmas. Oops, I must have started to nod off while typing again.

7 responses to “Stream of Unconsciousness”