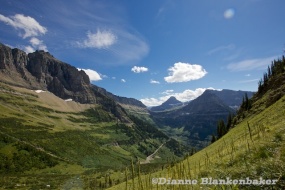 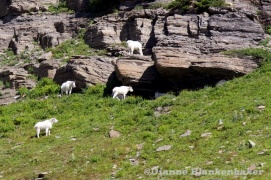 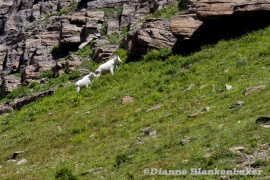 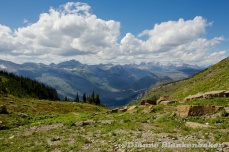 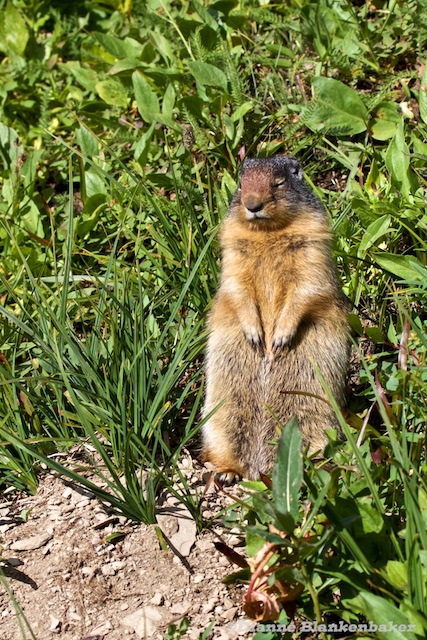 Not much time to write this weekend, but thought I’d throw up a gallery of images from the Highline Trail in Glacier National Park. This is one of the most popular trails, offering sweeping vistas and a nice variety of wildlife. Of course, even the popular trails really aren’t that crowded in peak season once you get a mile or so from the trailhead.

It was a lovely hike and, unlike the day before (see “A Bear Story”), I was accompanied by 3 lovely ladies, one of whom is an ER nurse, so I was feeling much safer. 🙂 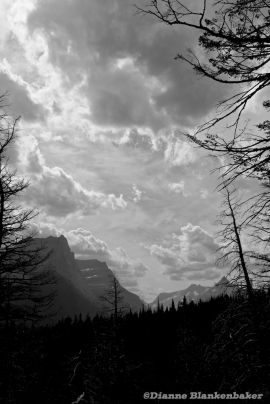 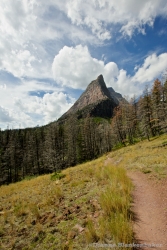 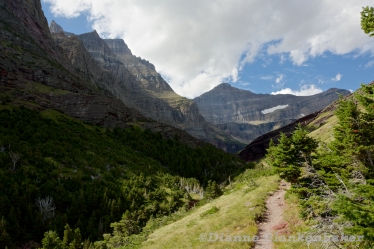 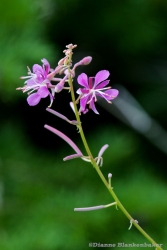 I did something I’ve never done before: I went hiking alone in Grizzly country.

I took my camera and, with no other hikers pushing me onward, my hike was pretty much doomed. Rather than hiking the 5 miles I’d planned, I spent about 3 hours loosing myself to photography without covering much ground.

At one point, I found myself panning with a flower that was whipping around in the wind, shooting a fly acting shockingly like a bee. I suddenly realized I’d been sitting there for more than 45 minutes.

That’s when I decided I needed to make some tracks. No sooner than I’d gotten some momentum going, I ran into a man hiking the opposite direction who told me he’d seen a grizzly about 10 minutes back on the trail (or 2 hours in photographer time).

I was both excited and worried. I was alone and had no bear spray. Neither condition is recommended in grizzly country. But, the man said the bear was far from the trail and distracted by the huckleberries that were in peak season.

I went on. Minutes later, I encountered a couple singing loudly. A sure sign of a bear sighting! Sure enough, they too had seen a grizzly a few minutes back. The moment they shared this information, I looked up and said, “Oh, look, there’s one now!” A grizzly had just crested the ridge above us and was headed in our general direction, although still 200 yards away.

I immediately did what any photographer does and grabbed the camera with my longest lens on it and started firing. Except, I was so excited I failed to read my meter and had to readjust and shoot again. As I fired off 3 more shots at good exposure (but with a heck of a lot more motion shake than usual), the bear started running towards us.
“And now he’s running towards us,” I said to the couple. The woman immediately asked her husband if the safety was off their bear spray can. I suggested we start backing up slowly.

The bear was closing the distance at a pace fast enough to scare the life out of anyone experiencing a grizzly running towards them for the first time.

We moved slowly for a few steps, and then more quickly, soon walking at a fast clip while glancing over our shoulders and talking loudly. When we passed trees that were between us and him, we lost sight of him (which was almost scarier).

We never saw him again. I suspect he was running towards a huckleberry bush that happened to be in our direction. However, it was scary enough that I decided to hike out with the couple and call it a day.

It took us 20 minutes to cover the distance that took me 3 hours on the way in.

My only regret is that I didn’t stay long enough to get a better shot.